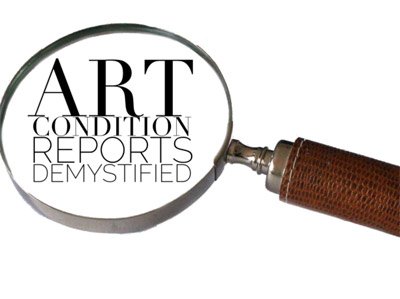 According to the most recent Art Basel report, there were some 55 international art fairs taking place in 2000. In 2017, the number grew to over 260, with dealers making 46% of their annual sales at the fairs. This explosion has most art market professionals feeling like they are constantly on the road. Stephan Zilkens of Zilkens Fine Art Insurance Broker said, “I see the art market turning more and more into a traveling business. Every week there are new art fairs in the world and they try to become more and more important.”

Of course, it’s not only the people that have to shuffle from fair to fair. Works of art are also on the road more often than they have ever been before. Naturally, this has lead to increased demand for logistics and shipping options. There has also been growing concern for the condition of the artworks as they make the rounds. Accidents happen.

Zilkens said that he frequently sees private collectors with the feeling that their work of art has somehow changed in the time that is has been away and that their gut often tells them to pursue a claim. However, evidence is required to prove or deny a claim. This is where the condition report – an old art market standby – comes in handy.

What Condition Reports Are

A condition report is a formal document that provides a detailed technical description of an artwork, including comments on its original material(s), previous restoration work, observed damage and degradation, etc. Elise Yvonne Rousseau, Principal Conservator at Art Conservation de Rigueur (ACdR) said that creating a condition report is the first step in every one of her projects. She said, “It’s a document that should stay with an object as it goes forward, as a way to see if that object is stable, or how it might need certain types of interventions.”

Creating a condition report requires a trained eye and a unique vocabulary. Rousseau teaches a course at Loyola Marymount University on Textile Conservation and Collection Care. She said that a big part of studying to be a conservator is learning how to describe the materials and damage that conservators are trained to observe and document. Rousseau has been a conservator for over two decades, and while the process for writing condition reports has not changed significantly over the years, she said that she has developed certain standards to make the process more efficient.

Though the practice of condition reporting has not changed much in recent years, technology-based tools have made the task easier and helped those who write the reports stay organized. Rousseau relies on a program called CatalogIt to create her condition reports and says that it allows her to handle projects with hundreds of objects that need to be examined and documented at the same time.

Another company working to make condition reporting more manageable is Articheck. Founder Annika Erikson said that she feels like the art market is still quite inefficient in its processes and procedures and that art fairs are often a mad, crazy rush, despite being a now regular occurrence for most galleries and shippers.

Articheck provides a product which, according to Erikson, acts like a passport that gets stamped each time a work of art travels or changes ownership. She said, “Via our web app and iOS app, the owner can access the passport securely from any computer, smartphone or tablet, and invite service providers and experts to add further details. For example, if you purchase an artwork, you can request an Articheck report be done by the gallery.”

A shipper can then use Articheck’s platform to confirm that an artwork arrived at a fair safely and in good condition with images and notes. To crack down on potential fraud, previous versions of each condition report are date stamped and cannot be edited.

Erikson also said that though she originally created the tool with conservators and collection managers in mind, she realized that there was the need for a guide that could be used by non-professionals, or professionals in other areas of the market “to make better, more consistent reports, and encourage collectors to do occasional audits.”

When to Get an Important Condition Report

Condition reports make it a lot easier to make an insurance claim after damage has been sustained. Condition reports should be requested before the departure and upon arrival at any destination, such as a collector’s home, an art storage facility, an art fair, an auction house and more. Rousseau said it is easier for her to determine a course of action as a conservator when the condition prior to damage is well-documented. And of course, it can help a collector’s peace of mind as art travels the world.

Nearly every collector and professional working in the art market feels some degree of responsibility for our common cultural heritage. With regards to the preparation of condition reports and their significance, Erikson said, “We can help shine a light on the most important artworks and cultural artifacts that need care and investment in their protection for the future. People assume this is all in hand. It’s not.”